Ancient culture and a lot of downtime

Ancient culture and a lot of downtime

After dropping my mother off at the airport, we took the bus into Naples. Everyone advised against going to this notorious maffia city by car, so we took public transport. My love had, once again, done his research of highlights and metrolines and took us into the Centro Storico. It was still very early and a sunday, so some markets were closed, as well as the doll hospital and the famous pizza places. But the churches were open and we visited the Duomo, the Basilica di Santa Chiara and the Church of Gesu Nuovo, each with a very different atmosphere, but all totally impressive. Mostly we just liked walking the narrow streets, with the lines of drying clothes hanging above us between the houses. They oozed a village-feel in this big city. The Toledo metro station was well worth seeing too, it is as if stepping into the future, from the slightly old school streets of Napoli, a true sight in itself. We took the subway to the central busstation, from where we took the bus to Avellino, where our car awaited us to drive back to Calitri.

Here in our home in Calitri, we reminisce about our travels every night at dinner, starting from the day we left, we work through our memories, and the boys' recollections are so richly detailed: where they had the wooden chopsticks that are so much easier to use than the plastic ones, where they had seats in the luggage racks in the trains in India, where they could drink their first soda, where they saw their first snake (and 2nd and 3rd etc. and the first dead one and first croc etc.), where we played the life out of Ten of Pearl Jam, where the nastiest stray dogs roamed the beaches and streets, where we played an endless amount of cardgames, waiting out the monsoon. For them, this journey is not made up merely out of transportation, accommodations, sights and beaches. They have been so focused that every event or interaction matters: there is no distinction for them between seeing a seaturtle laying her eggs or seeing a litter of kittens in the shed of the garden where we stayed. Being in the now, without having to worry about navigation or safety, they have truly absorbed the huge things (orang utans) as well as the little ones (lemon ants). With them as our living diaries, we will always have the complete experience at hand. It is so fun to talk about our adventures and complement each other with all our different angles and points of view.

The boys are so happy with the room to play here, I can hardly lure them out anymore. But once a week we take a trip, for example to Paestum. This major ancient Greek city, with ruins of Greek temples dating back to 600 BC, was a great reason to tell the boys about the Greek mythological figures, which can compete with the tales of Hinduist gods - what with Athena being born from Zeus's head, fully formed and armored, ready to put up a fight. Besides the temples the boys spent a long time playing in the amphitheater, letting their imagination run wild, taking turns being gladiators, emperors, wild beasts and servants. We wanted to eat some bread and chose a shade providing tree, the boys ran up there and I heard the oldest one tell his brother: "stand still, there's a snake, step away slowly." No biggie, for them. After being caught up in ancient times for long enough, we drove to the beach for some more playing and a refreshing dive. On the way back we stopped at a buffallo farm. The location was beautiful and rustic and we wandered around, past the ruminating buffalo's and tasted icecream made of their milk and bought some yoghurts and hazelnut spread. The famous Mozarella di Bufala was sold out already, but I got some in Calitri later. 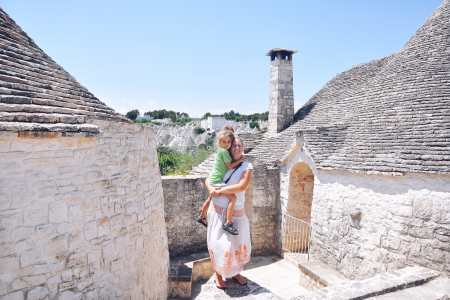 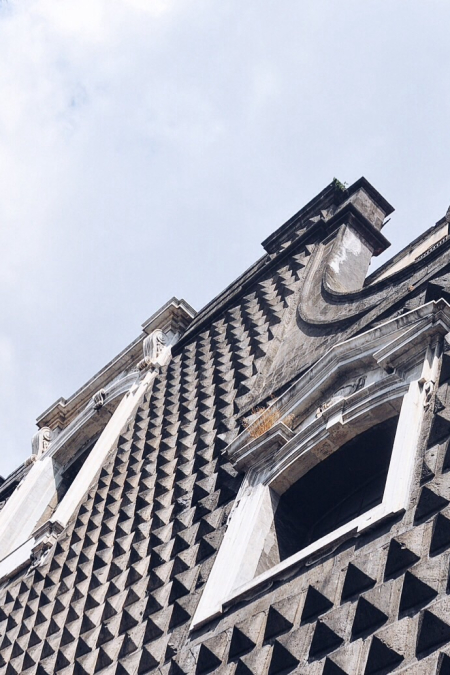 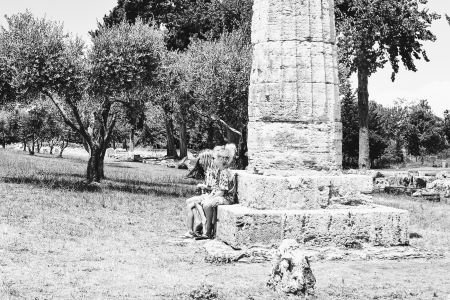 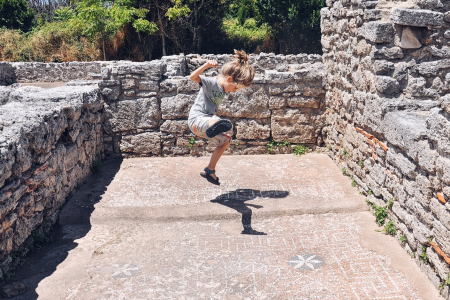 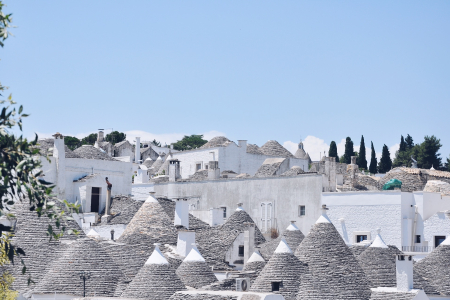 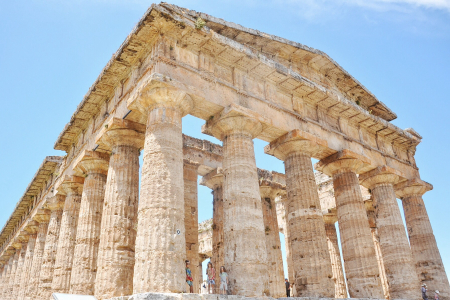