Gearing up for the last piece of India 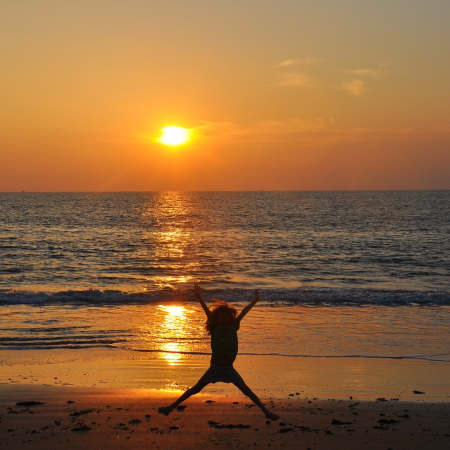 Gearing up for the last piece of India

In Kochi we thoroughly explored Fort Cochin for two days, by scooter. Our guesthouse was nearby the boat jetty, as they call the ferry here, so we could easily cross to the fort for 4 rupees per person (0,05 euro). The nice things about forts are the large trees that provide much needed shade and the fact that everything seems so uncluttered. We cruised by the Dutch Cemetery, which was closed, but later we saw a lot of old gravestones engraved with Dutch scripts in the St. Francis Church, along with the grave of Vasco da Gama (his remains are now in Portugal). We sat and watched some tough old fellas handle the large Chinese fishing nets, we smelled the floweroils they sold in pretty shops and we visited a museum in Jew Town, established in the Mattancherry Palace (aka the Dutch Palace). Here, we gazed admiringly at the very well preserved Hindu murals and learned all about the maharajas (kings) of the last centuries.

The last day we used to find a nice place in Cherai Beach. This meant driving our scooters through the city and across three bridges, as well as taking the jetty. Sure, participating in this traffic can still be daunting, but it's also very straightforward: there's one rule, and one rule only, and that is not to crash into each other. This was a day well spent: normally we arrive somewhere after a (mid)long travelday (depending on whether or not we are directed to the right train, going in the right direction), with our nine pieces of luggage and we take the first place we look at, 'cause you just don't feel like browsing, under these circumstances. Now we had the opportunity to check some different guesthouses, seaside and backwaterside and we made a nice deal for the following day.

After the first night in Cherai Beach in our appartment (yes, two bedrooms and another room!), the youngest one woke up, took a sip of water, threw it right up and repeated this five times in the following hours. Then he ate a banana and was completely back on his feet. Must be some kind of worldrecord, so glad about it. When stomach cramps bother him, he says: I wish this storm wouldn't cuss so loud in my belly!

Cherai Beach is a peculiar place: a very long road where ugly, expensive, square resorts intersperse with tiny shops where no one speaks English, whatsoever (so you impersonate a cow, mimic milking and depict drinking, so you can buy milk). Even more odd is the fact that there are hardly any restaurants and nothing is walking distance. We hired three bikes for a few days, which was fun, but eventually we settled on one scooter. Yes, thrifty as we are, the five of us are riding one scooter. What can I say, India is rubbing off on us.

Every morning the men are running errands, buying bread, honey, cornflakes, bananas, oranges (which are in fact mandarins), watermelon, pineapple, curd (or even better: butter milk, which is much more similar to our yoghurt) and milk for a superhealthy, delicious breakfast/brunch/lunch. We only have to go out for dinner. It's funny how something as fancy as dining out soon becomes a drag, we are all so delighted to stay at home and eat at our own time!

The past week consists of the familiar routine: eat, schoolwork, swim, chill, repeat. Since being here, the boys are making their schoolwork practically on their own, we just have to be around in case they have a question.

When embarking the journey, our youngest son made a resolution: he wanted to learn how to swim (he's 5). So far, the oceancurrents and waves were too fierce, but here the sea is calm and stays shallow for a long way and he took the opportunity right away and now swims, with inflatable armbands, with a broad grin, constantly spitting out the salt water that enters his mouth through all his smiling.

We're approaching our three months travel mark, and it shows: small mildew stains cover most of our clothes, a few hair tangles seem indissoluble, but also a nice tan and an overall relaxed appearance, in spite of our struggles with letting go of our own logic, here in India.

We have one last surprise in store for our boys, before heading out to our beloved South East Asia. We're so looking forward, both to our last piece of India, as well as to The Land of Smiles! 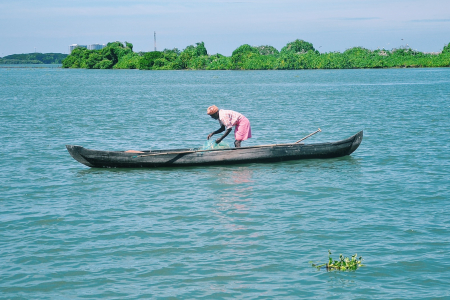 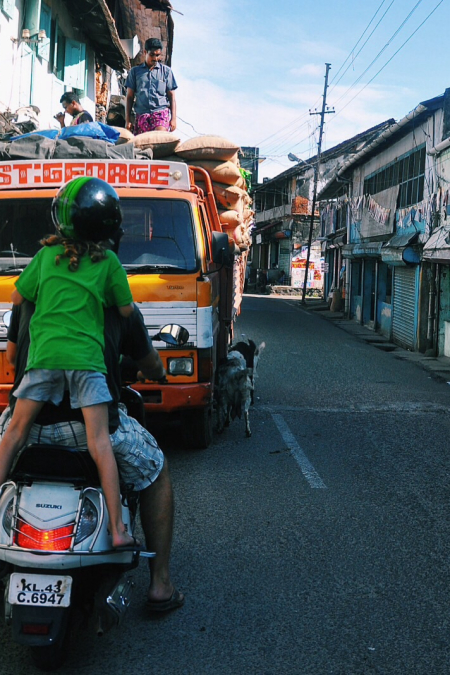 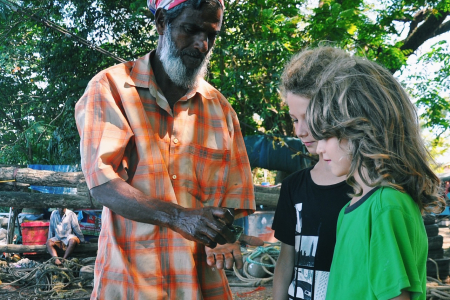