Leaving India on a positive note 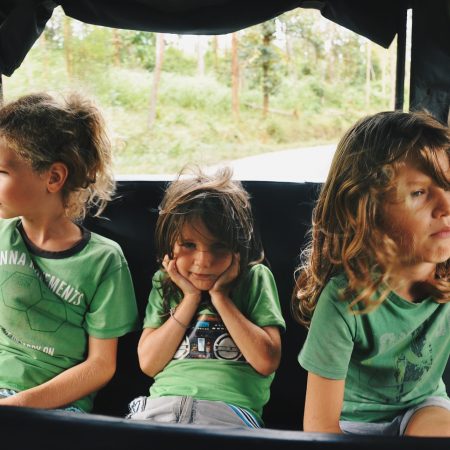 Leaving India on a positive note

Arriving in Wayanad Jungle Retreat, I knew right away: finally we made a right choice here in India. Situated in the middle of a jungle high up in the mountains, with a pleasant temperature, we were guided to our room with balcony. Immediately the boys felt the pull of adventure. They explored the 'farm', running, excited, and silently checking out the watch tower and spotting Nilgiri langurs.

All meals were served in the outdoor gazebo, overlooking the meadows. We had just started eating our first lunch, when a monkey came by and stole the pan of rice that was left over on the next table, eating frantically and finally taking the whole pan with him up a tree; he was so afraid we were gonna take it from him. It was so comic; him stuffing his face with the rice, alternated with suspicious glaring at us. In the back, a herd of deer came drinking from the watering hole in the meadow.

The naturalist, Manu, took us for a walk, still very careful and alert, since the day before, a tiger was spotted on this road. A certain type of tree is the favorite hangout spot of the Malabar giant squirrel and we spotted numerous: beautiful, covered in dark maroon fur, with a blond tip on the tail. They're the largest in the world, the males are close to 1 meter long, and we saw their nests high up in the trees.

After dinner we drove to a banana plantation, from the back of the jeep we could see elephants right by the side if the road, in the headlights, in an otherwise pitchblack night. At the plantation we saw small campfires, the tribal people keep watch all night, chasing elephants from their lands when they come barging in and destroy their crops. Walking over the rims of rice paddies towards a stream, we arrived at a campfire, lit by the leader of the tribe. We enjoyed campfire-talk, tall tales were exchanged. On the way back, again the elephants, only a meter from us: Manu drove by full gas!

The next days we visited Tholpetty Wildlife Sanctuary and Nagarahole National Park. Both are more for gaping at the huge forest than for spotting wildlife, but we did see elephants, gaurs, peacocks, common langurs, macaques, and many spotted deer.

One night, after dinner, we spotted some animals we weren't looking for, in our room: two extra-large spiders! Dee came to the rescue and relocated them swiftly.

Shortly into the Jungle awareness trek we heard alarmcalls from the deer, right at that moment Arjan spotted a panther! The walk was then cut short, Manu didn't want to risk anything. But there was still time to admire the 'eye trees', covered in mud from the elephants giving themselves a nice rub-off. The tribal people pray for protection to these trees, before entering the forest, believing gods inhabit them. We encountered some tribal women with impressive weapons: spears and bow and arrows. The boys followed Manu very focused, quiet as a mouse, watching his signals and immediately following his 'orders'.

The surroundings at a 5000 year old Hindu temple were stunning. Walking by a stream that is believed to well up right from Shiva's hand, we saw the remains of many rituals: broken urns and red silk bands. After bathing in this sacred water, people throw these earthenware pots backwards, breaking them and releasing the ashses to the holy flow. A rocktemple with a tiny door was once built by a midget disciple, so only he could enter it. Around it, many piles of rocks, people are praying for houses, jobs, health, children etc. while building them. It was really clear that everything was ancient: no modern touch-ups or restorations. The temple itself we could not enter as non-Hindu's, we did however get a sample of the incredible sweet jar of honey, rice and coconut rasp, which Manu received, being a devotee. 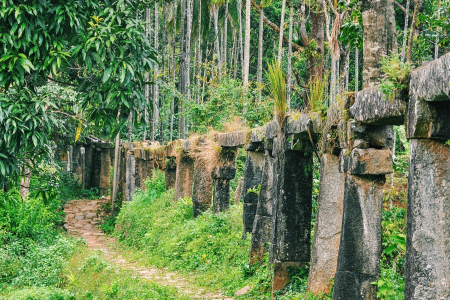 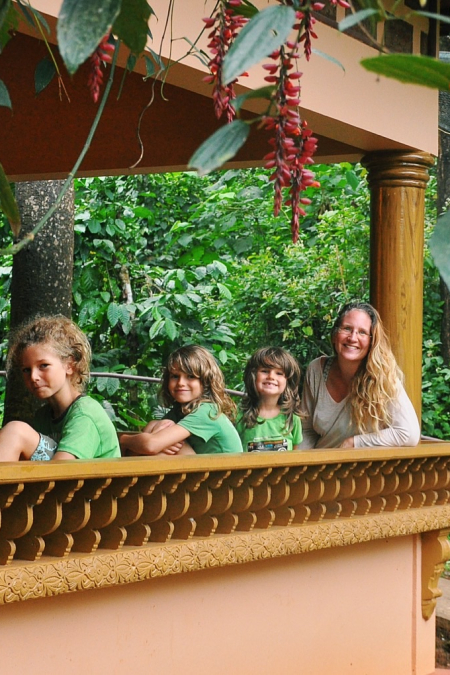 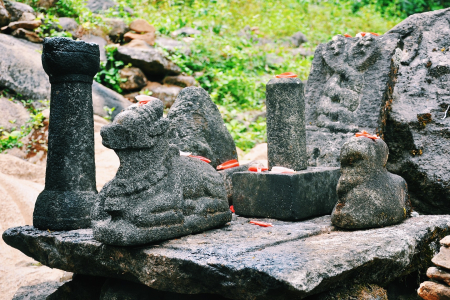