Lessons learned by the boys this week, besides arithmetic and spelling 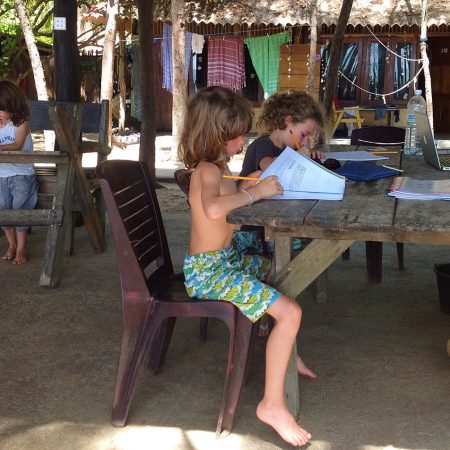 Lessons learned by the boys this week

Islam - the first place we stayed at had a large muslim community. Next to our guesthouse stood the mosque, so five times a day we heard the call to prayer. Nice to tell them that the muslims stop whatever they are doing at that moment and get down on their knees to pray, facing Mekka, to Allah. The boys were impressed by that kind of devotion.

Time difference - picture the earth rotating around its axis and the sun and you will see that the sun shines on a different part of the earth at a different time. The time difference with Holland is 3,5 hours. Almost every day the youngest will say, for example when we almost have dinner: so now grandma and grandpa are eating lunch?

Buddhism - the great story about a prince who grew up shielded from religious teachings and from knowledge of human suffering, but in his twenties felt that material wealth was not life's ultimate goal. He left his palace, was confronted with the misery of the world (old age, sickness, death), and went on a religious quest, eventually leading him to his Middle Way, which led him to Enlightenment under the bodhi tree. What a fascinating tale and what beautiful rituals and philosophy originated from it.

Converse in English - it's amazing to see how quick they pick up phrases and words. The youngest one took initiative on the first day, when he struck up a conversation with the man sitting across us in the train: what's your name? Ever since he's sort of our communicator: we let him ask if we can order or pay and when he gets his food he's oh so polite: "thank you so much!" he says.

Dutch colonisation - of course Sri Lanka is not the only place our forefathers sailed to and left their marks, but it's the first place the boys visit to see. It's a strange concept; going somewhere and take the land, they are glad they don't live in a Holland that would still partake in such ventures.

The world revolves around money - sad but true. Again it is sometimes difficult to explain that people will lie to your face, so they can make money off you. It makes you angry, but at the same time you can understand where they come from, being so poor. It's challenging to accept that you can not help everybody. When we get ripped off real bad (even though all the bargaining en discussing is in English, the boys understand enough to know what's going on), we try to see this as a donation we made, it feels a lot better this way.

When you are a minority, you are being gaped at - this is an obvious one of course, it took some getting used to for the boys, especially as they're not only being watched, but people want to take their picture and touch them as well. They manage to stay very polite. Advantage of being in this buzzing surferdude-place that we're currently at, is that they are not so special to all the other foreigners here.

Different currency - so much fun, paying for something small with a 1000 rupee bill!

If you have long hair, then you are a girl - obviously people mistake the gender of our sons in Holland sometimes too, but here nobody guesses right, ever! The look on their face when they find out they're dealing with boys is priceless. We were told that in Sri Lanka it is forbidden for boys to have long hair, they could not get into school like that. Our boys are being good sports about the confusion.

Tsunami - in Tissamaharama there was a loudspeaker right across our guesthouse, where a buddhist monk would mutter his prayers through twice a day, exclusively for the victims of the tsunsmi of 2004, and to pray that no such disaster of nature shall ever hit the beautiful shores of this land ever again. The boys were in awe when they heard about the brutal force of such a tidal wave.

Tiny bit of Sinhala - just the most important ones: hello and goodbye (same word), no, yes and thank you.

Some more 'adding' exercise through a game of yahtzee. 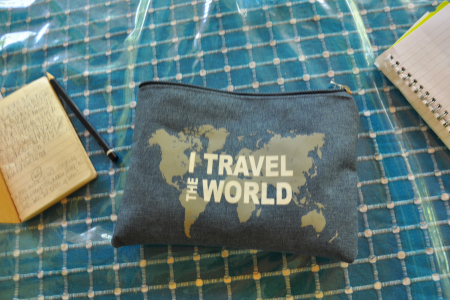