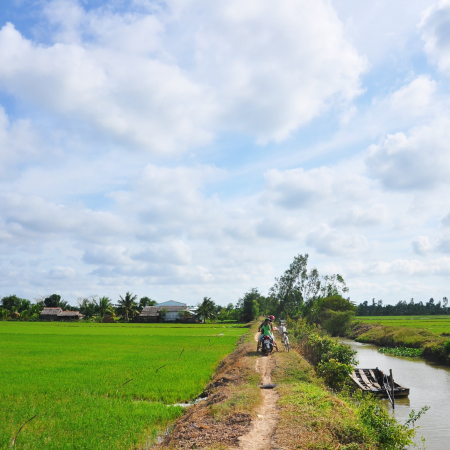 When you say Asia, you think of rice. But the Mekong Delta takes this notion to a whole new level. Known as the 'rice bowl of Vietnam', the region is famous for its meandering waterways and flourishing farmland and produces around half of Vietnam’s agricultural output - this comprises millions of tonnes of rice.

As usual, we discovered the south of Vietnam by motorbike: if the waterways were a tree, with the trunk being the wide Mekong, we drove the smallest branches. Canals on one side, endless, blinding green ricepaddies and large ponds filled with lotuses on the other. The very narrow and precarious dirt pathways are quite the challenge to ride and the holes in them allow the water to constantly flow to the ricefields; an elaborate and ingenious irrigation system. The scenery is splendid, we drove over bridges and passed petite farms, containing merely a shed for two or three cows, a large cone-shaped haystack and some ducks. The ducks eat the pests off the riceplants, and produce a natural fertilizer as well. It's clear that water plus sun equals fruitfulness in abundance here.

This area in Vietnam had a real impact on us: such a different culture, particular way of social interaction, variety of streetfood, always something to see that we'd never seen before. The typical Asian outdoors-life thrives here and is so appealing. There are couches - not hard benches, but soft sofas - on the sidewalks for get-togethers. Everyone is outside, whether they're eating, resting or working.

During our scooterdrives we noticed gravestones in the middle of the ricefields; one or a small group. A precious notion, people getting buried in the place they've probably spent the lion's share of their lives.

Looking at the ricefields it occured to me that the leaves of the ricegrass must have called dibs on the colour green, during Creation. Sure, there are as many trees and plants as there are shades of green, and I don't know if it's because these leaves are shone upon by the sun from above and from beneath, through the reflection of the water they're planted in, but there's just no other green that will beam at you quite like these ricefields. 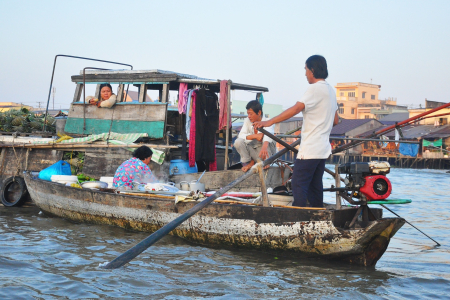 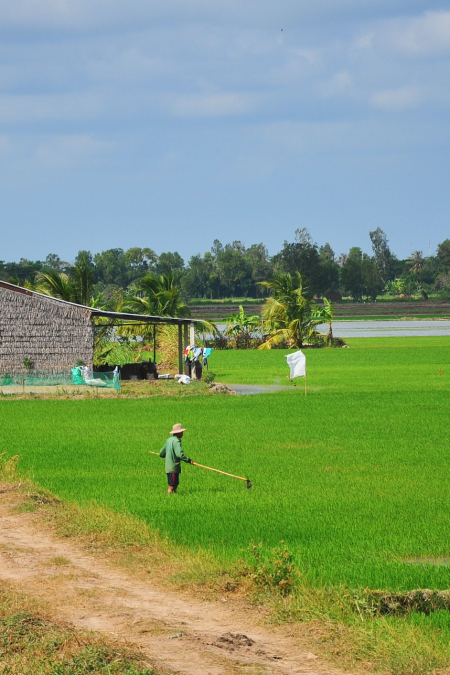