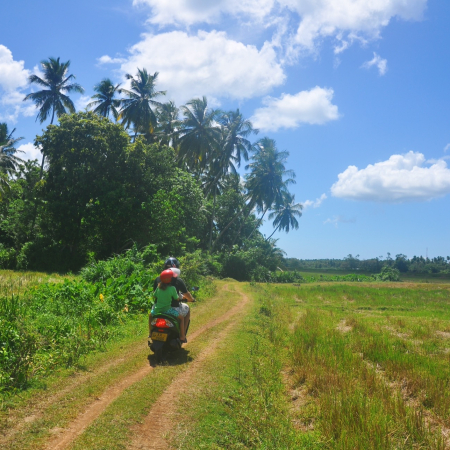 Being at a beach in the south for a while and being well rested again, we felt like undertaking something. After a full week of schoolwork, jumping waves and a cardgame best translated to English as 'teasing', we felt the itching again. Best decision we could make: rent two scooters. No negotiating with a tuktuk driver, no searching the right bus at the station, but just put in threehundred rupees of petrol and GO! Put me on a motorbike and I don't even care if we get anywhere anymore. Just the wind and the sun and the colours of all the nature you cruise through, it's a treat on its own. Stop wherever you like, ultimate freedom.

We could cover a wide range of the area and the first day we drove to Mulkirigala Temple; impressive rock caves with seven caves with reclining Buddha's, then to Wewurukannala Temple with its hall of horrors depicting some sort of hell, and the largest sitting Buddha in all of Sri Lanka, although him sitting against a flatbuilding made him slightly less impressive. After that the second largest blowhole in the world, Hummanaya (apparentely, it was a day of magnitudes). A great way to end the day: a superfresh shower of seawater which was forced 23 meters up through a natural chimney in the rocks and then up to 18 meters in the air, spectacular and fun! At night we drove to Turtle Watch Rekawa, where we waited three hours at the information centre if the nest protectors would spot a sea turtle, only to hear at 23.30: no turtle tonight. No problem, the boys found the information very interesting and it's great that former poachers now protect the turtles while they are laying their eggs. During the midnight trip back we spotted fireflies, magical!

Another day we drove a long way to the hotsprings of Madunagala and the next day to the turtle beach, there's kilometers of golden sand, completely untrod, so we took a spontaneous dive in the sea and went shell hunting, after which we found a gorgeous spot to enter the Rekawa Lagoon by kayak. Surrounded by mangrove we paddled peacefully, until an unidentified spider entered our kayak and created quite a ruckus. Of course the skipper of the other kayak came to the rescue as fast as his peddles would take him.

No matter how nice all these destinations were, for me the driving there really is the biggest joy. All the friendly smiles and waves of all the people passing us by, to our children.

For us, it's the ideal way of being connected with everything around us, but being on our own at the same time, just the way we like it.

The famous quote 'It's not the destination, but the journey', really comes to life in this experience. 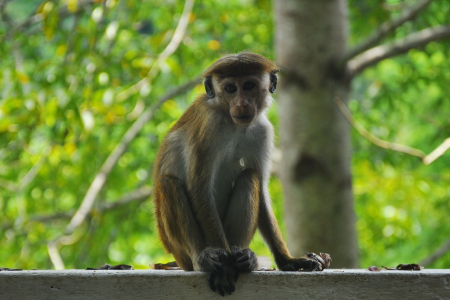 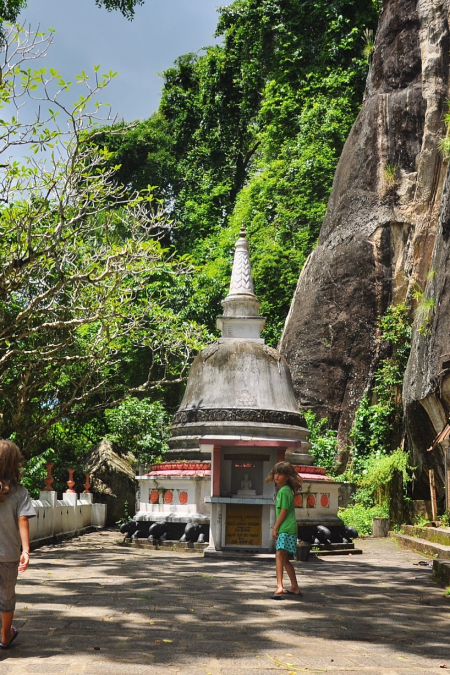 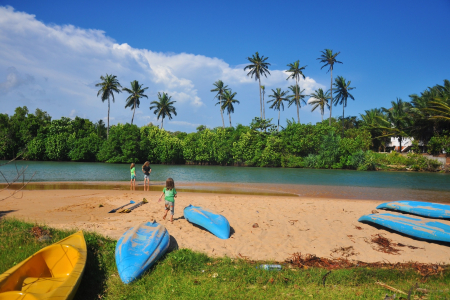