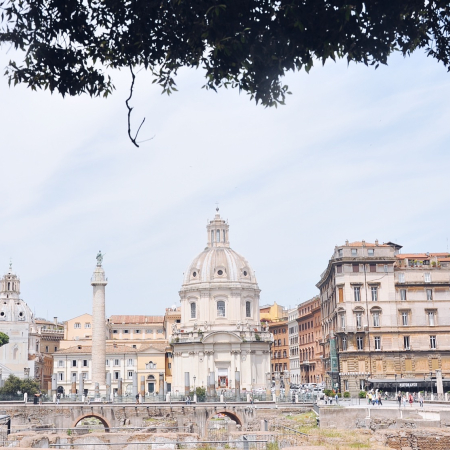 From the Emerald of the Equator to The Boot. From the Island of Peace to the Eternal City. From rice and noodles to pizza and pasta. Landing in Rome from Bali was quite the transition. It feels like a step closer to home, a time to learn to do without Asia, to minimize the cultureshock when we return home. Italy will be foreign, but familiar enough to process our Oriental adventures.

Asia seemed reluctant to let us go: trying to check-in on Denpasar airport we found out our booking was confirmed but our tickets somehow weren't issued. With no mobile phone of our own, the only action I could take was to ask another to lend us their phone and fortunately the first couple I approached were very accommodating, friendly fellow-Dutchies. One and a half hour later, after talking to the Malaysian company where we booked our flights online, we were just in time to board to Bangkok. The transfer time there was stretched with a few more hours, but finally we boarded the delayed plane and left the Eastern world.

First thing we cheerfully notice in Rome is the pleasant weather: the sun is warm, but the air is thin and provides fresh oxygen to the brain, which is easier to use then, opposed to your mind struggling through the damp, hot and heavy humidity.

We put our bags in our hotelroom and immediately hit the town, taking buses and metros, walking from the Colosseum, where we have an impromptu lunch under a tree with bread, cheese and ham that we bought, to the Pantheon and from the Trevi fountain back to our hotel, admiring medieval domes, archaic churches and ancient monuments. This way the jetlag had no chance of felling us. Another thing that stands out here, is the military presence. Lots of soldiers, walking around carrying machineguns. This doesn't feel reassuring at all, but rather frightening.

Next morning we had to leave the hotelroom, we stocked our bags and we stepped into the open-air museum that is Rome once more. We visited Vatican City, where we watched groups of people from different nations walk in procession, carrying the cross, singing hymns and psalms, to the Saint Peter's Basilica. We walked to the market Campo de' Fiori, were dragged into the Leonardo da Vinci museum by our boys, had a selfmade lunch at a fountain, strolled to the Piazza Navona, walked by the river the Tiber, enjoyed some really good icecream, continued to Piazza del Popolo, where we entered the church Santa Maria del Popolo, harbouring two paintings of Caravaggio, one of my love's favourite painters. We sat on the wooden benches, behind us an elderly couple was performing a 'duet prayer'. It sounds very calming; they take turns: the man whispers a regular incantation, while the woman utters improvised prayings in between, then they alternate. All in very devout, murmering voices. Must be special to execute this ritual together.

Looking around I noticed that all the grand decorations didn't touch me as they had in Asia and I wondered why. Maybe it's because you can sense that these eccentric and excessive adornments and expensive exuberance are there so clearly to impress. To show the world and its people: look at our wealth and power. As opposed to the Asian means to express their reverence, which are so apparently not directed toward the people, but merely to the gods. It doesn't matter if a human lays eyes on it, just as long as the gods notice. Even in the grand, over-the-top cremation ceremony of a member of the royal family, you could tell that they're doing this for the afterlife and not to overawe the earthlings. They even burn all of it. I guess I like being blown away by grand gestures, but not in an intimidating kind of way. But maybe, even very likely, this is just my prejudice about Christianity (so many shades of black, brown and grey in the paintings, you can feel the heaviness of the cross) and the Roman Empire talking. Either way: my head is taking it in, but my heart is hesitant. At the same time you can't help but be impressed with all that was created so, so long ago, all the knowledge and thought they poured into these structures.

Another metro, the Spanish steps are being renovated so we move on, go to Termini by bus, collect our luggage and walk right into a strike, instead of a busstop. We have to walk a long way to get out of the masses and special forces and arrive at the main busstation just in time to catch the bus to the south. After five hours we are welcomed to Calitri by the family who rents a small house to us.

We are so happy to be here, our base of operations for the time to come.

Thanks to my love we saw a lot of Rome in just two days time, without queueing or paying entrance fees. It's a city that hits you like an ancient rock and we're thankful to have dipped our toes in it. 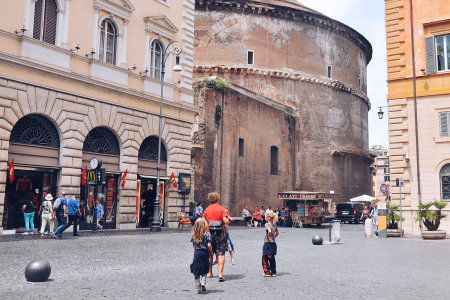 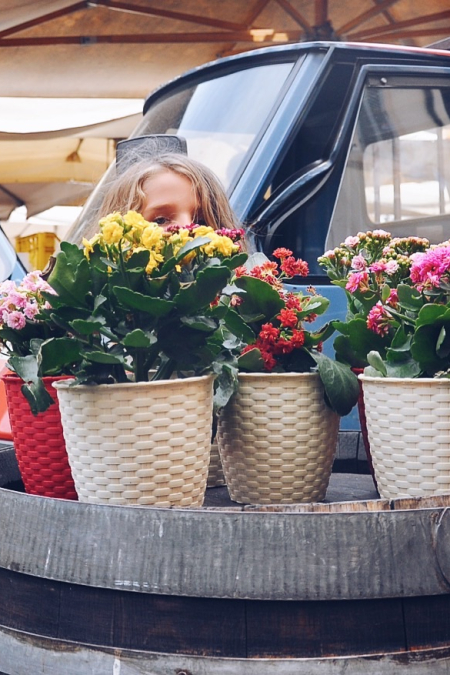 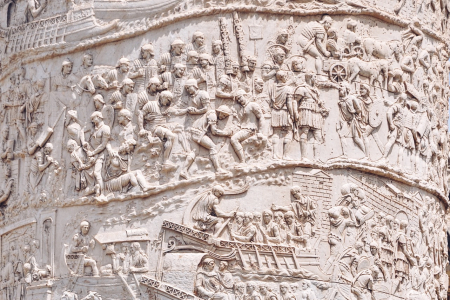