The most unwanted adventure 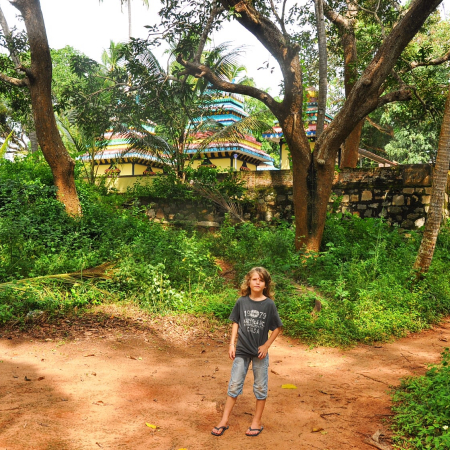 The most unwanted adventure

There we were, the five of us in the back of a rickshaw, as so many times these past ten weeks. My middle son on my lap, as usual, but this time I was clenching my baby (well, not really my baby anymore, he's a big 7 year old boy) closer to me, feeling protective of him as if he were my baby again. Believing that if I hold him close enough to my chest, nothing really bad can hurt him.

Three weeks earlier, he'd had a fever already, but quickly recovered. Two weeks earlier he'd had a classical food poisoning, just being in India, but there's no other on earth who can puke as zen as he can and the next morning he was digging in breakfast again already. So when he got a fever when we had just arrived in the backwaters, after an exhausting trainride and fully packed walk, I wasn't too concerned. He's a very stringy fella, but particularly resilient. We have great faith in the ability of the healthy body to heal itself, so I lay calmly with him, feeling his skin burn, seeing his body shake at the rythm of his pounding heart, silently rooting for his strength to banish whatever was bothering his system, for most of the night.

Since we agreed to a boattrip through the fairy-like backwaters the next morning, we gave him half an aspirin to lower the fever, expecting he might recover during the trip altogether. The painkiller brought him through it, but barely, he was leaning on me the whole magical canoe trip, when we'd make a stop to see something interesting, we'd have to carry him. Back in our room he could do nothing more than lay down and the second night was a repitition of the first.

It was not an option to stay there any longer, so come next morning, we dragged all the bags to the road and then he got a piggy back ride from me, hopping through the mud and over the stones, to get him to the rickshaw. At the trainstation we had to take turns carrying him and our oldest son had to carry more than his usual two pieces of luggage. A hairy situation occured, when I carried him on a train, which as it was made clear promptly, we should not take, in spite of the previous urgent advice, so we had to detrain very quick, because in the world of trains, no such thing as 'waiting' exists. Resulting in him and I jumping out of the moving train.

When taking a rickshaw in Alleppey, I felt every pothole and threshold the threewheeler was racing through, as if it was tormenting my own body, instead of my son's. A case of overly sympathizing, but there's nothing else a mother's heart can do. We had to wait for a room to become available, but they kindly laid a sunbed-matrass in a hammock, so he could rest there.

After another full day of apathetic lying down and no desire to let anything enter his body, I forced him to drink some ORS water. When it came straight out the way it went in, I knew immediately: now I want someone in a white coat to tell me it's still okay.

So there we were, and it felt as if we had ended up in a movie somehow, the thunder tumbling, speeding through this exotic town with its horrific traffic, neverending honking, the wind not winning from the smog.

At the hospital the rickshaw driver not only offered to wait for us, but came in after us and took over the whole bureaucratic hassle. He shamelessly cut in line at the registration counter and I felt no urge at all to stop this unfair course of actions, to the contrary: deep inside me there was a little version of me, on her knees with gratefulness and a little voice muttering something like: let this 'you're white westerners-thing' work in our advantage, for once. A weak attempt to bring justice to an unjust situation. But hey, we're talking about my son here! It's a remarkable thing, how the atmosphere of the crowded waiting room transfers to your own being. Instantly my heart beat faster, my head felt dizzy and my fingers were tingling.

Never before did the sideways-nodding* and reverse-signaling** bother me as much as now, in the communication with our helpful driver; do I run after him, or do I go in the opposite direction? "Do I come with you?? Yes???" Please, be clear with me now!

The driver led the way to a sort of backway alley - are we still inside the hospital?? - and directed us through small hallways, past curtains and doors and then he opened one and a man in a white coat sat behind a desk. He took a look at my son, he prescribed an injection and some other medicin. After my son received the injection in the treatmentroom the driver does his thing again to pick up the medicin swiftly and after a quick stop at the restroom (no toiletpaper), off we were.

Unfortunately, after that the nausea didn't subside for another 24 hours and the struggle to get some ORS in him continued, but then he lifted his head and made a clever remark and I knew he was on his way back!

PS Registration card and consultation cost 200 rupee (= 2,80 euro) and the medicin (injection, potion against fever, pills against nausea and two cartons of apple flavoured ORS) cost 159 rupee. I think I'll let it slide and not bother with the paperwork for our insurance, haha. Spent most on the rickshaw drive and big tip for our hero-driver.

* People here don't nodd their heads 'yes', but tilt their cheeks to their shoulders. We would interpret this as sort of "mwah, not really, don't think so".

** When we beckon someone to come to us, we hold the palm of our hand upwards, bend our elbow and bring our fingers towards our shoulder. Here, they make the opposite gesture, bringing the arm from the shoulder down, which we read as: go away. 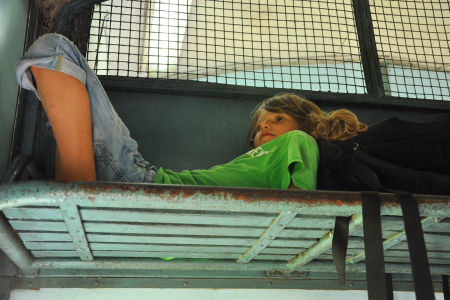 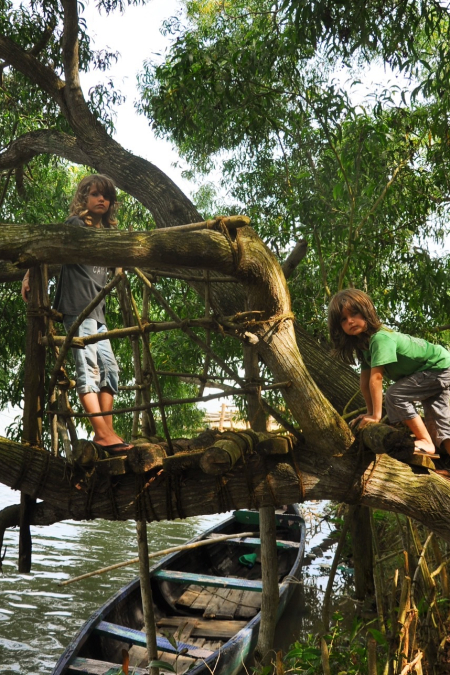