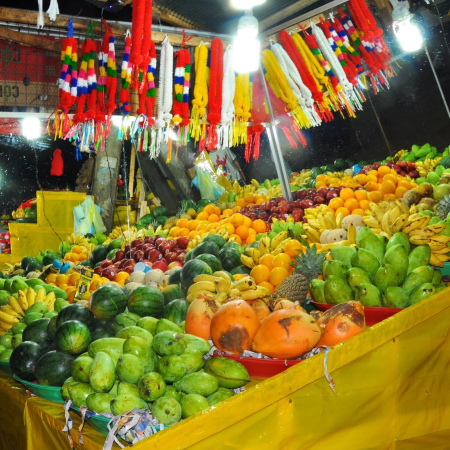 Wild animals and a holy town

In Tissamaharama we stayed at the Elephant Camp Guesthouse, where we received a very warm welcome and the boys had the luxury of a whole private 'garden' as their playground. Also nice: we stayed in a clean room, big enough for the five of us. The owner was the embodiment of oriental hospitality and insisted right away on driving us to the lake, telling us all about the two hundred year old trees that hem it and the second largest dagoba (built 200 BC) of Sri Lanka, not to be missed between the town and the wewa (lake). A lot of local people were bathing in the lake, even though it is home to crocodiles. He dropped us off and if he wouldn't have pointed them out, we might not even have noticed: the trees were full of thousands of fruitbats, what an amazing sight! We walked back, spotted a crocodile, admired the lake and its lotusleafs some more and had a bite in town. The next morning it was time for serious business: school started. To be honest I enjoyed it, according to the boys I could have been a real teacher. After working for two hours the boys enjoyed recess for the rest of the day, playing in the garden and spotting a monkey, squirrels and beautiful birds and fabricating swords out of big bananaleafs. Late in the afternoon we took a bus to Kataragama, a very holy town. It is the most important religious pilgrimage site in Sri Lanka and a holy place for Buddhists, Muslims and Hindus alike, who visit here from all over the country, every day. We walked past the fruitstalls and crossed a bridge, strolled by the flowerstalls and then we entered the first site, where the Muslim temple is situated. Strange to imagine all this already standing here before Christ. The Hindu temple is surrounded by a wall with peacock statues on top, which are being used as chairs by the gray monkeys. Then we walked around the buddhist temple, where people were praying and offering lotusflowers. On the way back we saw dozens of people with big trays of fruit to offer to the Hindu gods and men smashing burning coconuts into a special pit, quite the sight. 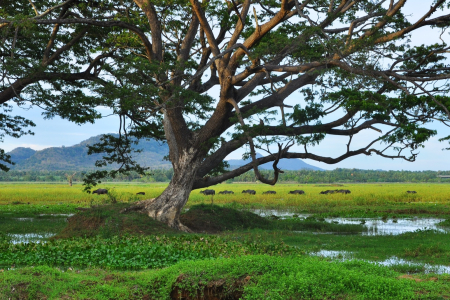 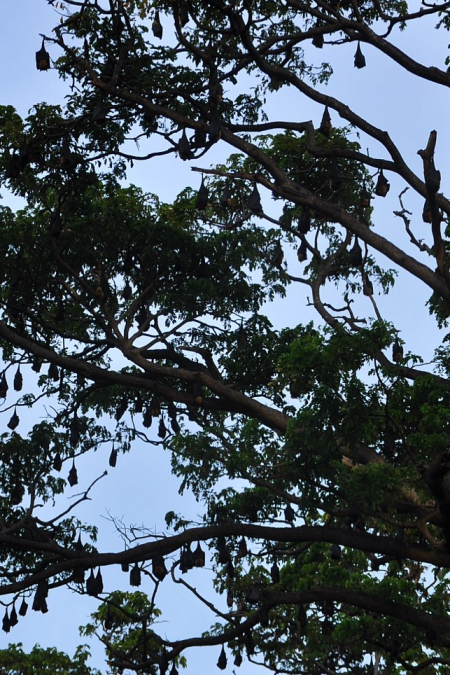 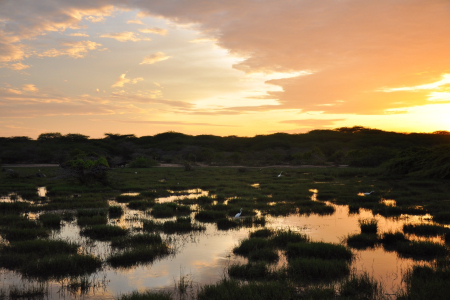