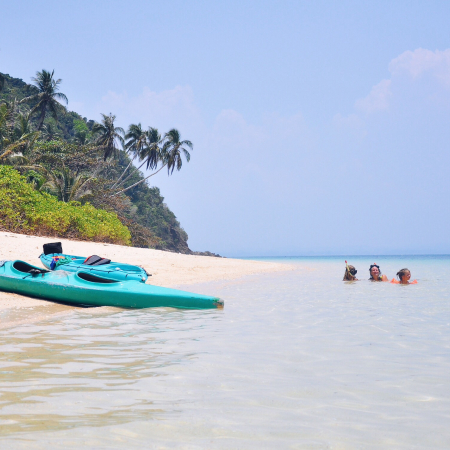 They say all life comes from the sea; this would explain how touched we felt while snorkeling, besides the evident astonishing beauty of it all.

Living on the beach, on an island with no fresh water (salty showers to add to the seawater), only solar power electricity, no wifi, no roads or villages, the sound of people playing guitar everywhere; it was primitive and uplifting at the same time.

Situated in the southernmost corner of the main stretch of sand of the island Kapas sits Captain Longhouse snugly on the fringes of the jungle. Elevated on stilts, a dorm and spartan rooms (no windows, no bathroom), and an airy veranda with hammocks, matrasses, couches and fellow guests folding origami and bestowing colorful cranes and tulips upon our boys.

Walking into the sea, you're immediately in the right spot to discover a different world, just by putting your head under water. The very first time we snorkelled together we were delighted by big, bright 'rainbow fish', maxima clams with their contracting, two multi-colored valves on the mantle, siphoning water through the body to extract oxygen from the water using the gills and to feed on algae, clownfish hiding in anemones, coral in shapes and shades beyond anything you see on land, large shoals of silver fish and even a magnificent, golden sea turtle; the sunbeams highlighting its shining colors through the lucid water. Sometimes, dreams come true, even though you didn't know you were dreaming about it.

Another day, we decided to kayak around the island. Little did we know, about the waves and currents at the north east of Kapas; arm muscles burning as much as the sun burned our skin, as much as the salt burned our eyes. After an hour I was well beyond my physical ceiling, just managing to get the kayak to a rocky shore, because a break was inevitable - I was about to go out. Resting and snorkeling revived my gusto, my love tied our boats together so he could do the heavy lifting for a large portion, until we sailed into calmer waters. Crossing my limits repeated a few times, mooring at various beaches and snorkeling bringing me back. A tough lesson in the category 'Know thy limits'.

This feels like a metaphor for many things in my life: eagerly diving in (from enthusiasm or feeling responsible), trampling my limits, but eventually happy that spirit conquers the body. Maybe it should concern me more that I won't stop in time, apparently not detecting my boundaries, but as long as the action comes from my own free will (so out of zeal) and I get a great adventure in return, I am more than happy to pay the price, it is so worth it! 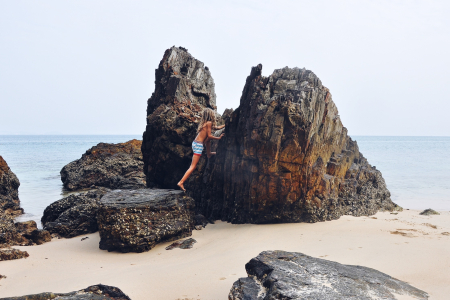 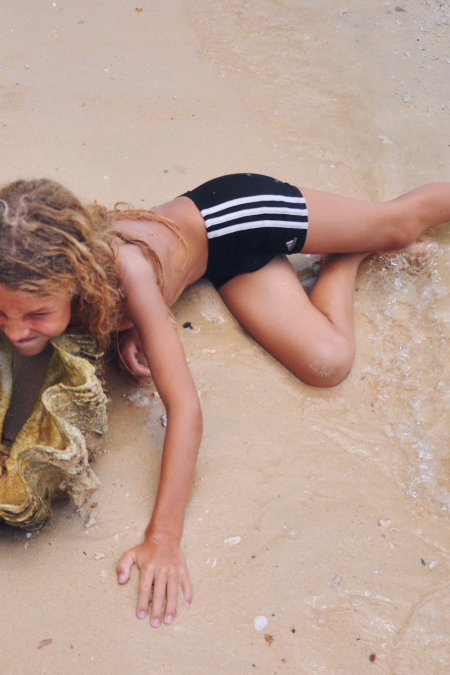 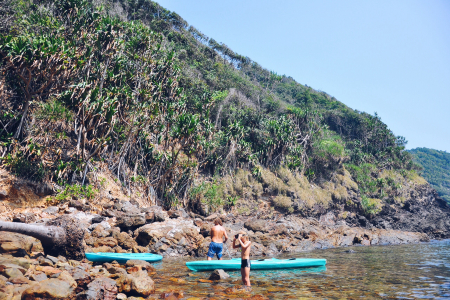