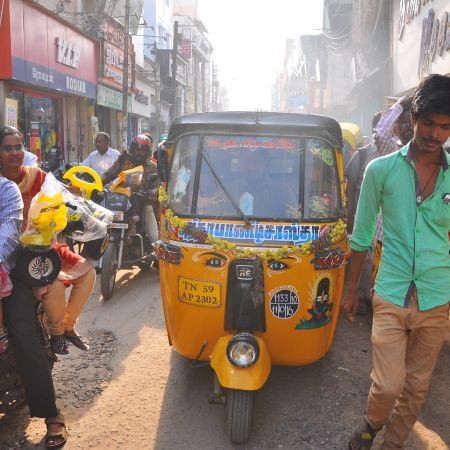 If there's one thing to keep you occupied while on the road in India, it's watching all the thousands of kilometers of hand painted advertisement walls, houses and trucks. The busses and trucks so elaborately adorned, even the splash-boards, like they're getting married, instead of racing the smoggy overcrowded streets.

You can feel these big trucks are the driver's pride and joy: also on the inside they decorate them like we would assemble an altar. It's their home, their livelihood, their delight and honor. They publicize their religion through their vehicle.

On the back of almost every truck in the south of India, you can read:

These lines are funny in so many ways: stating the obvious, bragging and causing confusion: does the driver want us to honk (even more so than is the norm here) before overtaking? In other parts of India, it reads 'Horn OK please' - same difference.

It is said that kerosene trucks were used by troops as conveyance during the Second World War. The 'OK' meant 'On Kerosene' and was issued as a warning for those behind the trucks because the slightest of accidents would cause the trucks to explode. Today, people still lovingly paint these traditional words onto their trucks, 'cause why change a good thing?

You know you're in the Indian subcontinent when the vehicles in the streets appear to have their own secret language, expressed through their horns, non-stop. When the fruit on the market is stacked in such a way that it looks like a color atlas. When brooms and plastic buckets looking like they could be offered to the gods. When people string endless flowergarlands. When men strut around in pastel colored clothes, looking darn dandy, folding their lilac, salmon and lightpink sarongs up into a short skirt and then back down again, all day long, somehow oozing masculinity. When you stare at the bright neon coloured dresses of the women for a moment and close your eyes, and you see a mottled silhouette of a sari behind your eyelids, they're so luminous.

This design jogs my memory, makes me reminisce about all of the shades of this bemusing, bewildering part of the world. 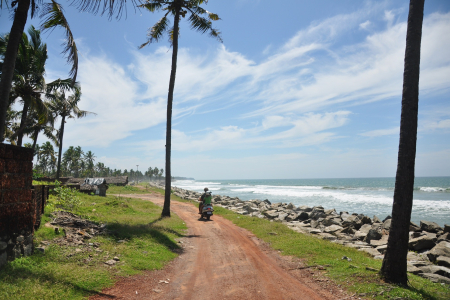